That was the year that was, eh?

I decided not to do a Golden Pints this year. I haven't blogged much at all this year, not for lack of inspiration, but because I didn't feel I could do myself justice.

The European Beer Bloggers Conference, held in Leeds in May, was a bit of an eye-opener for me. Being in the company of writers I've held in very high esteem was great, but when it came down to brass tacks, I realised I don't have the commitment to writing that they do. I'd love to be able to write 80,000 words a year and make cogent and reasonable arguments to join the debate, but I just don't feel like I have the skill or the time.

So, a brief post on what I've enjoyed this year and so forth...

Professionally speaking, brewing with John Keeling was fantastic. He has a friendly and open nature, and we found him keen to share his not inconsiderable brewing knowledge with us. Not only was the day informative, it was fun too. Signing the wall at The Rake was amazing too. 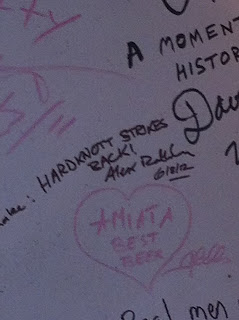 Event wise, Hardknott have been to Port Street a couple of times this year and I was lucky to go along on both occasions. I also went down for the Roosters night. All three were marvellous occasions. PSBH is the without doubt my favourite place to drink here in the UK, my only regret is that I can't get down there more often. 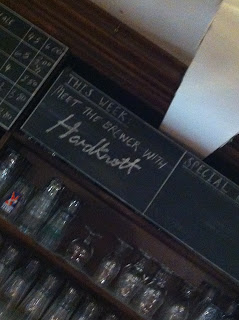 I've already mentioned EBBC, add to the list a jaunt to Leeds for the International Beer Festival in September, with the notorious Tyler Kiley as my guide, discovering Friends of Ham and Whitelocks as well as the excellent Festival itself. I'm definitely looking forward to Leeds in 2013. 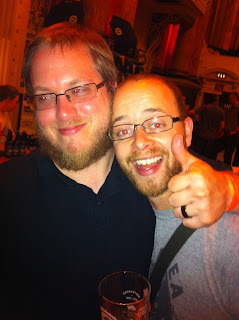 The last event of the year for Hardknott was the Taste Cumbria Christmas Fayre at Muncaster Castle. We ran a Beer Hall in the Old Laundry function room, which was great. We served six beers, all on keg, blew a few minds, and enjoyed some of the best weather of the winter. 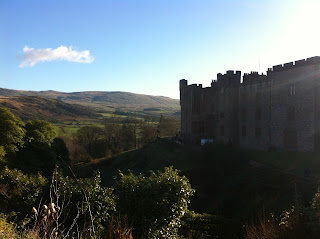 Beers of the year... the big one... In terms of what I've made myself, the new Hardknott Azimuth has become a personal favourite. I was also very proud of my homebrewed IPA, "Fitzroy", which people have been very kind about. Going beyond the narcissism... Buxton Axe Edge, Hawkshead NZPA, Stringers Mutiny and Furness Abbey, Dogfish Head 75 minute IPA (thanks to the good folks at North Bar for sharing with us at the time!), Coniston No.9, Roosters Baby Faced Assassin, Duchesse de Bourgogne and Lovibonds Dirty 69. All beers that have, at various times, floated my boat. All exceptionally well brewed, all packed with flavour. Special mention should also go to Dave Bishop, Broadford Brewer, who very kindly gave me a bottle of his DamnNation Belgian golden strong ale. This was every bit the equal to Duvel and Delirium Tremens, it was difficult to believe I was drinking a homebrewed beer at times. The end of the year has brought the sad news that Dave has been made redundant from his day job. He's an extremely talented brewer and would be an asset to any brewery who are looking to hire someone.

One thing I'd like to see less of in 2013 is the emergence of "craft" microbreweries that are owned and operated by larger, regional brewers*. The dull, piss-boring dishwater you peddle at £43 a firkin is the reason there is a craft movement in the UK now. You are akin to a horse who wants to hitch a lift in the carriage you're meant to be pulling. Cos y'know, that happens all the time.

Turned into a bit of a rant, hasn't it. What doesn't, I guess!

The warmest of seasons greetings to all and I wish you the very best for 2013.


*A little disclaimer, not all regional brewers are turning out the kind of beers I described above, Fullers and Adnams are producing some great beers and some of Jennings offerings are quite palatable. But there some terrible beers we have to put up with here in the Lakes, simply because they are too cheap for the landlord to ignore. Only my opinion, but there you have it.
Posted by Alex Routledge at 08:21 2 comments: